Some weeks ago, I read an article about astronauts in space and how their perspectives shifted. The phrase that caught in my mind (and I’m paraphrasing) went something like “on the first day we talked about where we were from, by the end of the first week, looking down at Earth, we stopped being German, Russian, American, and starting being human”.

This is a growing topic at the moment. Not only do we have the migrant crisis that is pushing questions about how open we should be, but – now more than ever –  we have global issues (environmental, economic, political..) that need to be addressed by everyone, not just the members of one country. 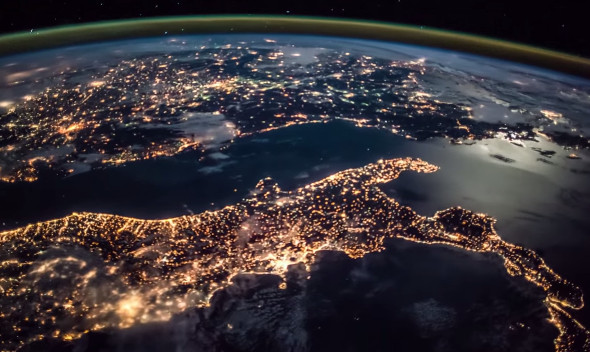 When you say something along these lines to someone, they look at you like you are some sort of pipe-dream hippy. In reality however, why are there closed borders? Why, in an ever more connected world, do we insist on restricting human movement, minimizing inter-cultural collaboration?

Reflecting on my dissertation (I know, boring boring), all the evidence I came across suggested that inter-cultural collaboration in the work place, some coming as the result of immigration, resulted in better overall outcomes. They bring new skills, perspectives, approaches to problems. I realise this is a small example, and does not touch on all of the other areas an open-border world would impact, but it’s a start. Economists have actually estimated, that an open border world would double global GDP (Clemens), and is the most effective way to reduce world poverty.

The majority of migrants are hard working people, who want to make a better life for themselves. “The immigrant who mows the lawn of the nuclear physicist indirectly helps to unlock the secrets of the universe” (Tabbarok, 2015).

Beyond migration, a more open world would lead to better problem solving when it comes to global issues, more efficient use of resources (human and raw materials), and one would hope; a more peaceful and understanding world.

Is there hope for the future? Closed borders are one of the world’s greatest moral failings but the opening of borders is the world’s greatest economic opportunity. The grandest moral revolutions in history—the abolition of slavery, the securing of religious freedom, the recognition of the rights of women—yielded a world in which virtually everyone was better off. – Alex Tabbarok, The Atlantic

People are afraid of losing what they have, and in an attempt to protect it, don’t want to share. It’s time to play nice. Sharing is caring, or isn’t that what our mother’s always told us?

The case for getting rid of borders completely – The Atlantic