Snapchat has had phenomenal success since its launch in 2011. Its simple concept, understanding of user needs and continuous updates and improvements have meant that its not fallen by the way-side like many of its counterparts in the app world.

A couple of years ago, I was thinking about the app and predicted that soon they were going to take action to create revenue through advertising. Many brands were already using the app (such as Taco Bell) for guerrilla advertising, but Snapchat themselves were not reaping the benefit from this.

Popularity and usage rates for the app dipped slightly after its initial success – the hype slowed down. In 2013 snapchat stories were launched, and this garnered some interest from users. Presumably this comes from the insight that people would be able to curate their own content. This also allowed brands to create content that their audience could watch – as well as allowing them to track how many views they were getting.

However something was still missing.

Surely enough, shortly after this they launched the discovery section in 2015 . Although I was happy my prediction came through (because I’m a genius..), I was disappointed with the execution. The discovery section was on a separate page. As both a user of Snapchat and having brand media buying experience I was dubious about the results this would pull. Again I predicted that something was going to change. 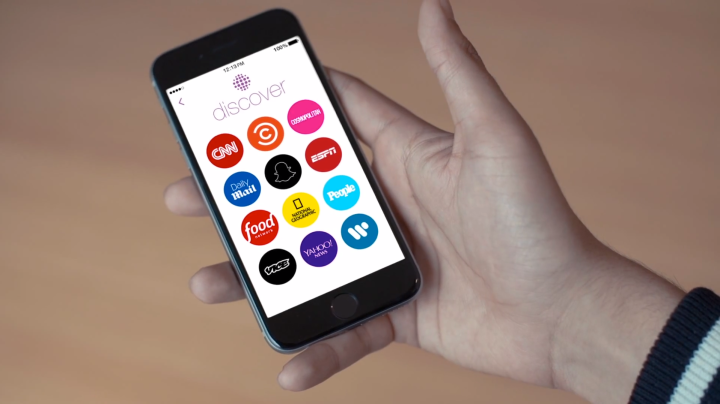 Not long after launching, Snapchat updated their layout so that some of the discovery icons (presumably the people who paid the most) sat at on the main snapchat page, next to the live stories (which were launched in 2014). This felt much more natural and made it easier for users to engage.

The live section has also hugely evolved since its introduction. Sponsored content (often partnered with screen graphics) has allowed people to be a part of things going on half a world away. Personally I love watching the live stories on NYFW, music festivals etc.

Marketing content is changing, and Snapchat have really captured an excellent way in which to deliver branded content to interested users (and I’m sure they also get a lot of data from usage on the back-end). This doesn’t mean I think every brand should be using Snapchat. As always, platforms should be carefully considered and fully utlised before money is spent.

These developments, alongside new technology (we’ve all seen the interactive face updates) have made this simple, fun app into a money making, branded content machine.

Snapchat currently has 100 million users worldwide, with an average of 400 million snaps being sent per day. The company valuation stands at around $15 billion.

One thought on “Why Snapchat are getting it right”